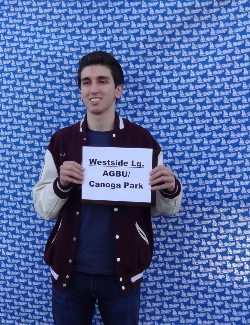 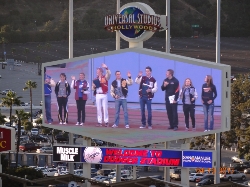 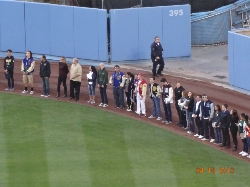 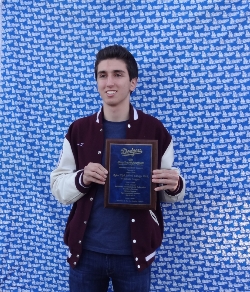 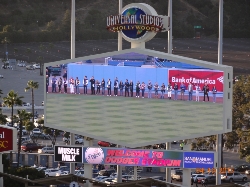 ATHLETIC NEWS! The Athletic Department is excited to announce that the CIF Division 6 All-Star Games selection committee selected two of our Varsity Boys’ Basketball Team players – Seniors ALEX TANIELIAN and AREN BASMAJIAN - to participate in this year’s All-Star Basketball Game. The game took place on Saturday, April 13, 2013 at Damien High School in LaVerne, California. Our Seniors performed their absolute best and brought their team to victory over the opposing team, with a score of 46-44! This was Alex’ and Aren’s last game to compete as HIGH SCHOOL PLAYERS. They did the TITANS proud! Congratulations Alex and Aren, on making the All Star Team and bringing home your victory! Your team, your school and the AGBU MDS TITANS wish you success in all your future endeavors. And thank you to our coaches and athletic director Coach Suren, for making a difference in our students’ athletics!! Keep on bringing them home Titans!!
MORE ATHLETIC NEWS!! The AGBU MDS TITANS have been selected by the CIF Southern Section Commissioner of Athletics as the recipient of the KENNY FAGANS CIF SOUTHERN SECTION “Shake for Sportsmanship” Award for the 2012-2013 school year! A 15 minute pre-game ceremony was held at Dodger Stadium on Tuesday, April 16, 2013, just prior to the Los Angeles Dodgers – San Diego Padres game, to honor our school, among other schools. A commemorative plaque was presented to our scholar athlete representative, Senior ALEX TANIELIAN! The ceremony was covered live on the Dodgers’ Diamond-Vision! It was an evening to be proud of, celebrating the efforts of our administration, faculty, student body and community! ALEX TANIELIAN was proud to represent the TITANS and wore his letterman jacket the only way he knows how – WITH TITANS’ PRIDE! Congratulations to all of our athletes for bringing home yet another commendation! And thank you to our Athletic Department, our coaches and athletic director Coach Suren for always teaching our athletes the game and the sportsmanship that goes with it! GO TITANS!