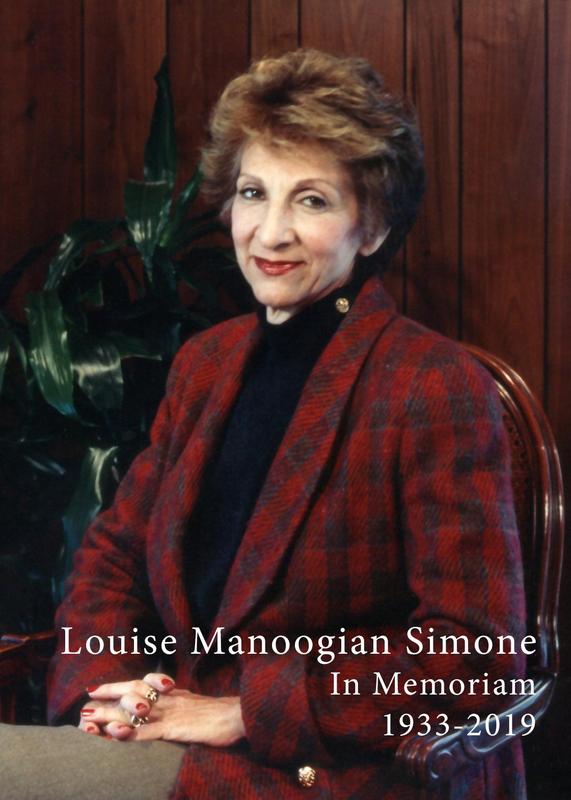 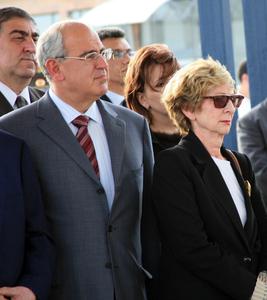 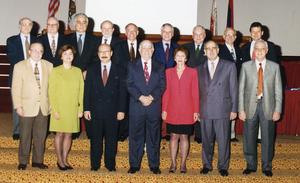 For immediate release from AGBU

One of the most consequential figures in modern Armenian life and most collectively admired and respected leaders in AGBU’s century-old history, Louise Manoogian Simone will leave an indelible mark of hope and inspiration through her dedicated service to the Armenian people, the Armenian homeland and the Armenian Church.

Her recent passing has brought deep sorrow to the worldwide AGBU family, which she served with tireless devotion and singular distinction, as the first and only female leader of the organization, first as a Central Board member and as international President for 12 years.

Upon learning of her passing, current AGBU President Berge Setrakian, who served as Vice President under Simone’s leadership, described her as a pioneering spirit and a woman far ahead of her time. “She was called upon to steer the AGBU through many challenges, rising to become a driving force behind many of the successes and benefits that Armenians across the world enjoy today. She was a role model for all who had the good fortune to work with her and watch her brilliant mind at work. Always idealistic, yet practical, efficient and wise, she managed to see past the immediate obstacles to find solutions that would yield lasting results.”

Louise Simone’s life was one of great destiny. During her tenure, she was the first to organize the massive relief effort in the aftermath of the 1988 Earthquake in Armenia; she brought aid and comfort to combat victims and their families in war-torn Nagorno-Karabakh; and was instrumental in the rebirth of an independent Armenia, helping it to overcome many hardships created by a collapsed socio-economic and educational system.

“The sheer number of fronts on which she operated on any given day was truly astounding, not only managing all the moving parts with grace but also maintaining all the existing AGBU educational, cultural and artistic programs across the diaspora,” Mr. Setrakian noted.

Among Louise Simone’s proudest achievements was the establishment of the American University of Armenia, AGBU Children’s Centers, and AGBU Senior Dining Centers, all of which continue to thrive in Armenia to this day, thanks to her inspired leadership.

The Armenian General Benevolent Union (AGBU) is the world’s largest non-profit organization devoted to upholding the Armenian heritage through educational, cultural and humanitarian programs. Each year, AGBU is committed to making a difference in the lives of 500,000 people across Armenia, Artsakh, and the Armenian diaspora.  Since 1906, AGBU has remained true to one overarching goal: to create a foundation for the prosperity of all Armenians. To learn more visit www.agbu.org.