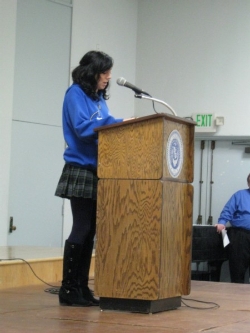 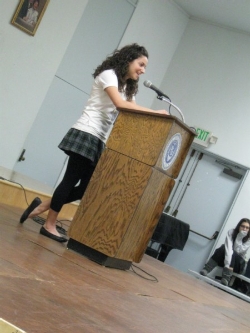 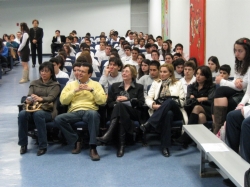 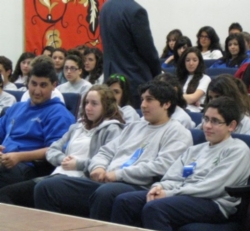 Monday, March 9, all high school students gathered during second period for a special assembly regarding the eleven clubs stationed in our school.   Student Council President, Ani Shirvanian, announced that, “all of our clubs are unique in their own way and deserve recognition.” This assembly spanned nearly two periods, and helped shed more light upon new groups like Key Club and Think.

All club participants were awarded a blue ribbon reading “AGBU MDS Leadership Celebration”.  Each club president and advisor gave a short speech about the club’s goals, outlined previous accomplishments, and proceeded to read the club members names aloud allowing them to be recognized.  Dr. Karayan also spoke at the assembly and encouraged the student body to join clubs and explore their interests in order to advance themselves.