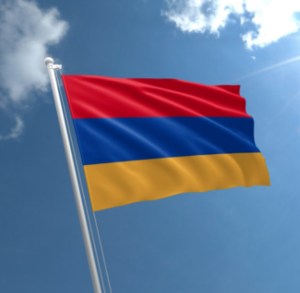 Please click the title of this news item to read an announcement from AGBU about the historic election of Nikol Pashinyan as Armenia's new Prime Minister.

The Armenian General Benevolent Union congratulates Nikol Pashinyan on his momentous election as prime minister of the Republic of Armenia. He has come to office against a backdrop of renewed hope and inspired vision among the people, marked by a vibrancy in the civic life of the country. The potential for constructive change, national unity and a new era of prosperity is palpable as Armenia turns the page to a new chapter in governance.

Prime Minister Pashinyan holds the great responsibility of setting the agenda of national priorities and managing all aspects of affairs of state. These wide-reaching responsibilities will no doubt involve working to solve the longstanding challenges of the past while harnessing the progress made since the rebirth of a free Armenia 27 years ago.

AGBU expresses its best wishes for success to Prime Minister Pashinyan in all his endeavors. We look forward to a constructive relationship with him and members of his administration as our paths overlap in the course of our work to improve the lives of the people.

Following its continuous commitment for over 112 years to the well being of the Armenian nation, AGBU looks forward to working with the government in meeting the needs of the people in Armenia as well as in the Diaspora with its programs in education, culture, social and economic development as well as humanitarian relief, as needs arise.

As we have stated on previous occasions, AGBU believes that only with the close cooperation among all branches of government as well as the Church can the best interest of our Nation and its people be served.